Suspension of flight operations to be extended until 17th May.

Karnataka IAS officer Mohammed Mohsin has been issued a show cause notice for a tweet appreciating members of Tablighi Jamaat, who donated their plasma for research and treatment. 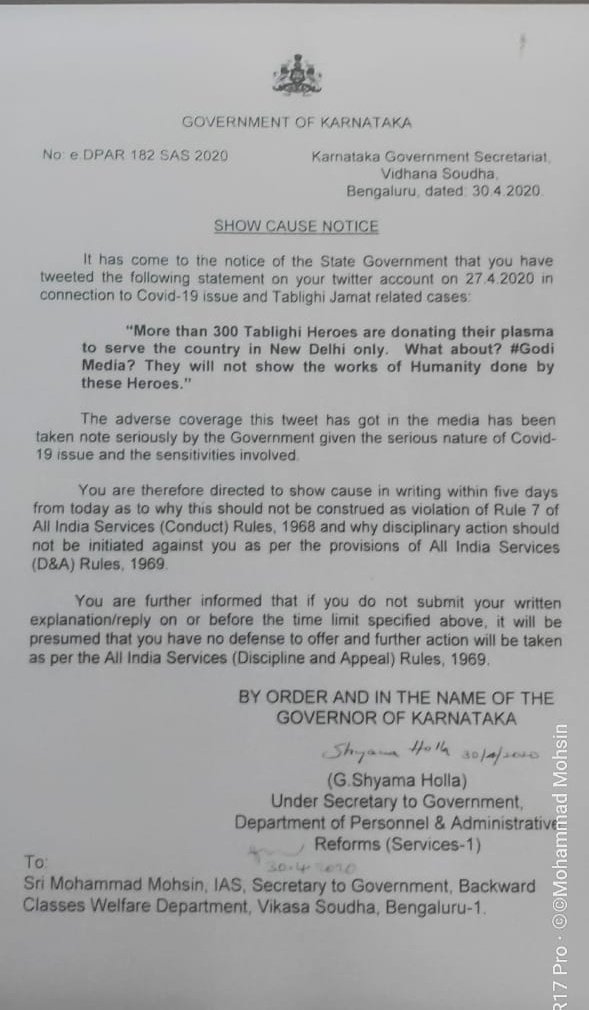 “More than 300 Tablighi Heroes are donating their plasma to serve the country in New Delhi only. What about? #Godi Media? They will not show the works of humanity done by these heroes,” Mohsin wrote in a tweet on 27 April.

The show-cause notice says, “The adverse coverage this tweet has got in the media has been taken note (of) seriously by the government given the serious nature of COVID-19 issue and the sensitivities involved.”

The notice further reads that if Mohsin fails to submit his written explanation on or before the designated time, further action will be taken against him under the All India Services (Discipline and Appeal) Rules, 1969.

Mohsin, a 1996-batch Karnataka cadre IAS officer, was in news earlier when he was briefly suspended in April last year for searching Prime Minister Modi’s chopper during the campaign for the Lok Sabha elections.

Mohsin is serving as Secretary, Backward Classes Welfare Department in the Government of Karnataka.

Recently, several Tablighi Jamaat members who have recovered from the coronavirus came forward to donate their plasma for the clinical trials of COVID-19 plasma therapy treatment, that are being held across the country at select hospitals.