Babies among Several Killed as Gunmen Attack Maternity ward in Kabul: Afghan Attack. Two babies and 12 mothers and nurses were killed in a militant attack on a hospital in the Afghan capital Kabul on Tuesday morning.

As per the reports of BBC News, 15 people, including a number of children, were injured in the attack by several gunmen, officials said. Meanwhile, in the east, a bombing at a funeral killed at least 24 people.

In the wake of the attacks, President Ashraf Ghani said he was ordering the resumption of offensive operations against the Taliban and other groups. He accused the militants of ignoring repeated calls for a reduction in violence.

The Islamic State (IS) group said it was behind the attack on a police commander’s funeral in Nangarhar, in the east of the country. It is still not clear who carried out the attack on the hospital, and the Taliban has denied any involvement.

A maternity ward in the hospital is run by the international medical charity Médecins sans Frontières (MSF) and some of those working there are foreigners. 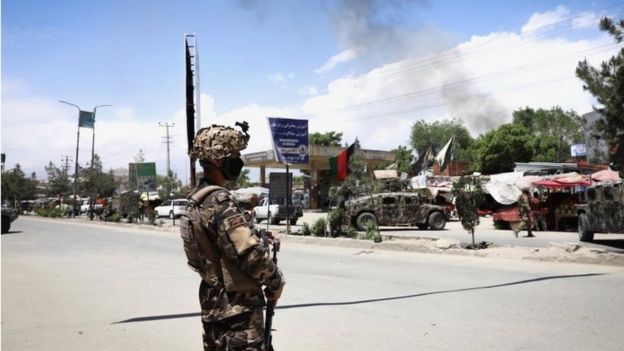 US Secretary of State Mike Pompeo called the attack on the hospital “sheer evil” and an “unconscionable assault”. In a statement, he urged the Afghan government and the Taliban to co-operate to “bring the perpetrators to justice”.

The attack began at about 10:00 (05:30 GMT), and locals described hearing two blasts then gunfire. One doctor who fled during the assault told the BBC about 140 people were in the hospital when the gunmen attacked.

Ramazan Ali, a vendor who saw the attack begin, told Reuters news agency: “The attackers were shooting at anyone in this hospital without any reason… It’s a government hospital, and a lot of people bring in their women and children for treatment.”