Population Control Law – Social Media Campaigns on full swing to impose a law. The tweet of the president of India has called for attention from all over the nation as he spoke about the need for population control.

He said due to the unprecedented increase in the population of mankind, we do not get enough natural resources to share between everyone. Mankind has grown over all other species of populations on Earth”.

“Large and density populated countries like India have to take deliberate steps, especially on the subject of population control. Otherwise, such calamities in our country can have severe consequences”. 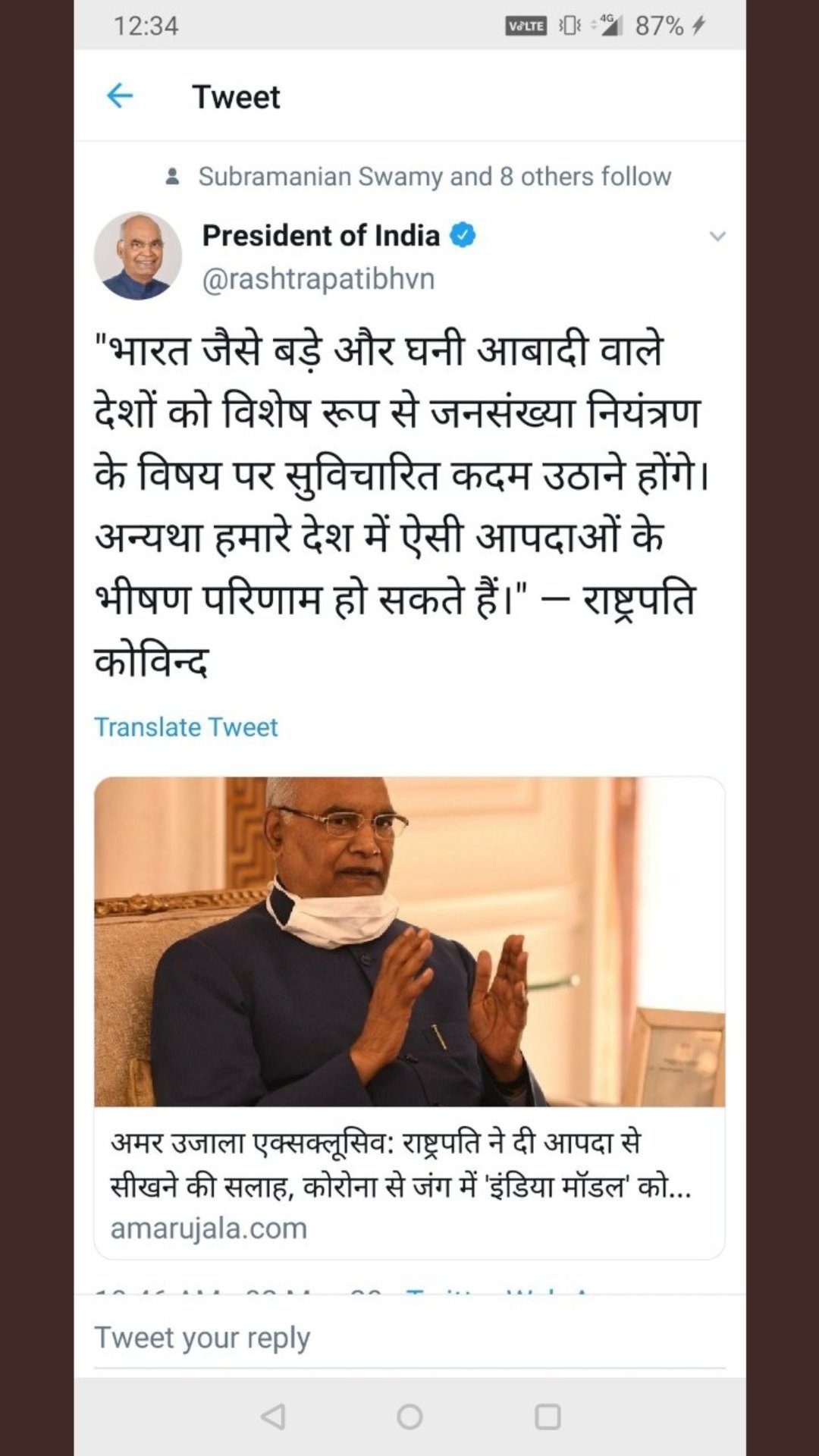 We need to stop #populationexplosion otherwise the way middle class is being treated like no scheme for them no relaxation for them only thinking about 1 section of society, one day we will be forced not to pay tax and keep the money for our betterment#PopulationControlLaw pic.twitter.com/t5krQdNNOz

India is in a very bad position with respect to population density. #PopulationExplosion is the first and foremost problem that the mankind should address. #PopulationControlLaw is the need of the hour in India

#PopulationExplosion
In the coming days, population explosion will be a big problem in the country .. pic.twitter.com/panzjTKvFG

#PopulationExplosion can be controlled by proper education and knowledge.#PopulationControlLaw is not only the panacea.
The population density in India is 464 per sq km. and the average age is almost 29.
So it is the high-time
We have to educate people. pic.twitter.com/v0cjRLx4V7

Our population has become a root cause of several issues that we face as a nation, it’s time to do something about it. #PopulationControlLaw #PopulationExplosion pic.twitter.com/zJOkPsX63g

Coronavirus pandemic would cause a series of Brain damages.