Rishi Kapoor passed away. The actor was hospitalized due to some cancer-related ailment

Irrfan Khan – How Bollywood reacts to the loss of a veteran actor beyond excellence.

Rishi Kapoor passed away. The actor was hospitalized due to some cancer-related ailment

Rishi Kapoor passed away. The actor was hospitalized due to some cancer-related ailment.

Mumbi: Rishi Kapoor was admitted to a hospital last week due to ill health. The sources said, he was suffering from cancer – related issues. His brother Randheer Kapoor confirmed that Rishi Kapoor was diagnosed with cancer two years ago.

Rishi Kapoor died today morning and the news of his demise has shocked the Bollywood. Bollywood hasn’t yet overcome with the death of Irrfan Khan.

The entire industry is shocked by the untimely demise of veteran actor Rishi Kapoor  He was a legend on screen & entertained the audiences for decades. He will always continue to inspire budding actors & will always be remembered.

What is going on God ? Such a terrible year this is pic.twitter.com/F4i8WQisBg 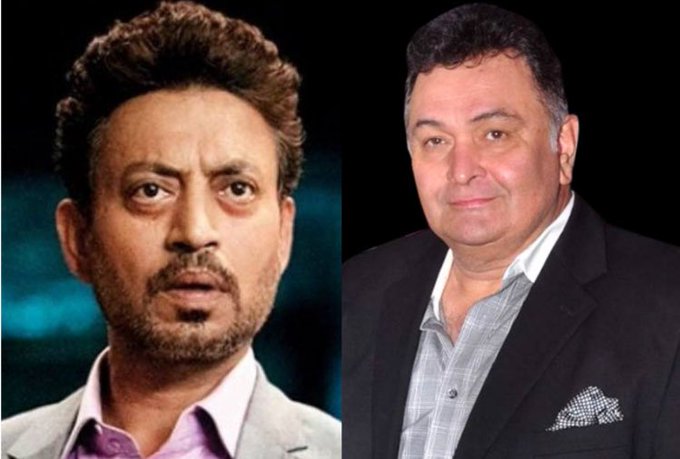