David Warner steps to the rhythm of #AlaVaikunthapurramuloo

David Warner steps to the rhythm of #AlaVaikunthapurramuloo

David Andrew Warner is an Australian international cricketer and a former captain of the Australian national team. A left-handed opening batsman, Warner is the first Australian cricketer in 132 years to be selected for a national team in any format without experience in first-class cricket. 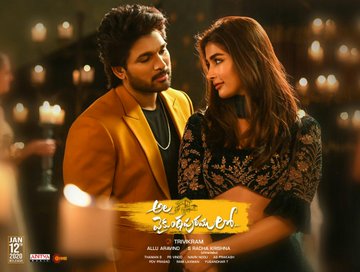 Ala Vaikunthapurramuloo is a 2020 Indian Telugu-language action-drama film directed by Trivikram Srinivas and co-produced by Allu Aravind and S. Radha Krishna under their banners Geetha Arts and Haarika & Hassine Creations.